The part of the clitoris that’s visible is the glans clitoris – the full clitoris extends deeper inside the body. The glans clitoris looks and feels like a small bump, and sits at the top of the inner lips (labia minora). It’s sometimes hidden underneath the clitoral hood.

Both men and women can have difficulty finding the clitoris, so don’t feel bad if you’ve struggled to find it during sex or oral sex.

And given that every woman is different, you can’t always rely on past experience.

So in this article, I’ll explain different ways to locate partner’s clitoris. I’ll also discuss why it’s important for sex, and how you can stimulate it in a pleasurable way.

What is the clitoris?

The clitoris is the female sex organ, just like the penis is the male sex organ. Most people refer to the visible part, which is on average the size of a pea, as the clitoris.

But really, the visible part is just the glans clitoris, with around of the clitoris hidden inside the body.

The glans clitoris is a bundle of sensory nerve endings very and gives pleasure when stimulated. In fact, it has around 8000 nerves endings – more than twice as many as the penis!

In the diagram below you can see the internal part of the clitoris is much larger than the visible glans clitoris.

What does the clitoris do?

Scientists generally agree that the sole function of the clitoris is to provide sexual pleasure. And research shows that around 75% of women can’t orgasm solely from penetration.

So that means if you’d like your partner to have orgasms, you’ll almost certainly need to stimulate her clitoris.

So let’s take a closer look at finding and stimulating it during sex.

Different ways to find the clitoris

Add in swelling and lubrication when she’s aroused, maybe you’re in semi-darkness or under the bed covers, and all of a sudden it’s not as simple as looking at a diagram!

It helps to remember is that the clitoris is much easier to find when a woman is turned on since it swells up.

So get down to some extended foreplay before you go searching.

Finding the clitoris by touch

Probably the easiest way is by touch. Gently touch a finger to her vaginal opening and then draw a straight vertical line upwards, towards her nose. That bump that you feel on the way up, usually no more than a few centimeters above the vagina, should be the clitoris.

Finding it by sight

The vulva has a lot of tissue, so if you’re looking (rather than feeling) for the clitoris, you may need to part her labia (lips) gently to either side.

When you part the lips of the vulva, you’ll see her vaginal opening. Just above her opening you should see a raised area in the shape of an upside down V, the bump at the top of which is the clitoris. It basically looks like a pink bump surrounded by tissue.

It may be that the clitoris is covered by the clitoral hood. If you put your thumb above that bump you found and gently pull up, the hood (skin) should move upwards, and the bright red clitoris will be revealed.

During oral sex is a good time to explore the area visually. It’s more natural for you to be down there, and a good time to part her lips in search of the clitoris.

Finding it from behind

If you’re having trouble finding it during sex, sometimes it’s easier to find it in the same way she does. Standing or lying behind her, reach around and touch her. Again, draw that line up from the vaginal opening, and feel for the bump.

Finding it with your tongue

If you use your tongue, you’ll probably find that the clitoris feels a little harder and smoother than the rest of the vulva area. But you’re more likely to succeed with your fingers first.

How to stimulate the clitoris

Stimulating her clitoris with your tongue is by far the best method.

As I see it, there are five essential keys to good oral sex:

There are two important factors for good manual stimulation: position and lubrication.

The easiest position is side by side, with you lying next to her and leaning over slightly to allow your dominant hand to touch her.

You’ll need plenty of lubrication, and using a lubricant is usually a good idea even if she’s already wet. It’ll make it easier and more enjoyable for both of you.

Begin by stroking the whole vulva area and even the insides of her thighs. As she gets more turned on, move towards the clitoris and circle your finger around it.

If the circling is working, then begin to rub the clitoris, gently up and down with little to no pressure at all. Make sure that your finger stays lubricated (dip inside her to get more lubrication if necessary).

Some women enjoy rubbing against a wider area than the relatively small finger tip. So try using the base of the palm of your hand to see if she responds by grinding herself on your hand.

As she gets closer to orgasm, rub harder and faster. Respond to her movements, breathing, moaning or direct instructions.

Some lucky women can orgasm through penetration alone. This is mostly down to her anatomy and is more luck than anything else.

However, if your partner can’t, there are ways that you can stimulate the clitoris during penetration so that she can.

There are sex toys specifically designed for this purpose. The most common one is a cock ring that will stimulate her clitoris whilst you’re penetrating her, so it’s fun for both of you.

5. With the right position

Some sex positions are better than others for clitoral stimulation. Depending on your partner, these may or may not work, so you’ll need to experiment.

You sitting up on a chair with her sitting on your lap facing you will allow her to rub her clitoris against you, possibly letting her orgasm.

If you’re looking for something a little more traditional, then simple missionary but with a pillow placed under her bum might work.

Alternatively, switching things up and having her lie on top could do the job.

Like I said though, none of these a sure thing, you’ll just have to try them to find out.

Probably the best option is to combine techniques. That means that during penetration either you or she stimulates the clitoris manually.

Doggy style or spooning tend to be the most effective positions for this. They allow either one of you to easily reach the clitoris, and stroke it at the same time as penetrative sex is happening.

If you’ve already had your orgasm and she hasn’t (or she wants more), then clitoral stimulation is the way to go. Don’t be afraid of getting down there with your hands or tongue to give her more pleasure.

Many women are capable of multiple orgasms. And it might be that all you need to do is get back to work and repeat all the good things you just did.

Do be aware though that the clitoris is sensitive right after orgasm. So if you’re starting again, you’ll need to take it gently and slowly.

In fact, it’s best to avoid the clitoris altogether for a while until she’s completely turned on again. Kiss her, play with her breasts, stroke the vulva area, but be careful around the clitoris.

What not to do

The clitoris isn’t a button, so simply pressing it isn’t going to do anything. Rhythmic movement, either circling or rubbing, is best.

Don’t be too rough either – the clitoris is sensitive Be gentle unless you feel her pressing against you asking for more.

If her clitoris is hidden under the hood, it will gently draw back as she becomes aroused – don’t force it! You can pull the hood back a little once she’s turned on, but don’t do it straight away, since she’ll be far too sensitive for you to touch under it.

Finally, don’t be impatient. It takes most women a while to orgasm, so as long as she’s enjoying herself, just keep doing what you’re doing.

Ask her to show you

If all else fails, and you’re really struggling to find it, just ask for her help. Ask her to show you how she likes to be touched and watch carefully. That way, you’ll know where to look and what to do.

Check out my suggestions for manually stimulating a woman. And you might also like to find out about the female G-spot.

What’s your favorite way to find and stimulate the clitoris? Let me know in the comments below! 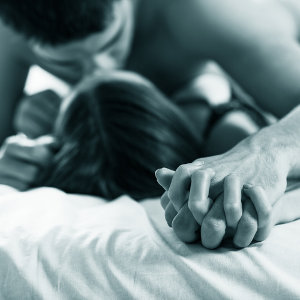 Female Multiple Orgasms: How You Can Give Her Them 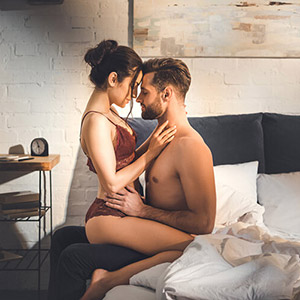 How To Turn A Woman On – 8 Ways To Arouse Her 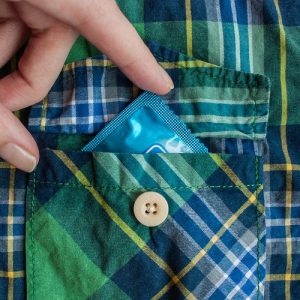