Sildamax is a drug intended to help men with erectile dysfunction. It uses the same active ingredient as Viagra -sildenafil citrate. However, it’s not licensed for use in the United Kingdom and many other countries, even though there are some websites that sell it.

It hasn’t been evaluated and passed as safe by any medical body. When I tried it, it worked in a similar way to Viagra, which was a positive. However, I had several side effects and I wouldn’t want to continue using it. The strange effect it had on my vision was particularly disturbing.

Until it’s properly tested, passed as safe, and approved for use in the future, I wouldn’t recommend trying it.

I bought my pack of Sildamax online from a website I’d bought other products from previously and believed to be legitimate enough.

I’ve updated this article since I took it though, and interestingly I’ve seen that the online pharmacy I got it from has stopped selling it now.

If you look around this website, you’ll see that I’ve tried Viagra, Sildamax and one other alternative drug for erectile dysfunction. I don’t plan on testing any others though as the side effects are kind of worrying. At least with viagra I know it’s regulated and thoroughly tested. Better the devil you know, as they say!

And on that note, because I know these drugs often give side effects as well as the positive effects you’re looking for if you have erection problems, I decided to keep a detailed timeline of what happened when I tried Sildamax the first time.

My timeline of effects and side effects

Here’s a detailed timeline of my first experiment with Sildamax:

It worked, but not without side effects

The little blue Sildamax pill clearly did what it was supposed to do. In under an hour, the tablet was working, and I got a very full erection very quickly during foreplay.

Despite the positive effects, I had several side effects that took a few hours to completely clear up. They were tolerable for me personally, but not very pleasant.

The bunged up nose and flushed face weren’t so much of an issue. Those are sensations I get from allergies, a cold, exercise and various other things.

The vision disturbance was, well, disturbing. I tried to ignore it, but it’s blatantly obvious something isn’t quite right when the whole world looks as if you’ve just put on some blue-tinted sunglasses.

I can’t deny that Sildamax worked well for me. I often have problems getting an erection unless I’m feeling particularly aroused, but with minimal stimulation I was able to get a full erection.

I also had no problems keeping a good erection for the duration of sex. And I was ready to go again in an hour, which doesn’t usually happen for me nowadays.

My other concern is that Sildamax is a generic sildenafil drug, unlicensed and unregulated. So it carries the same risk of side effects and warnings that more established brands like viagra do, but without any medical authority keeping an eye on the drug.

So personally, I won’t be taking any more, and I won’t be recommending it to anyone else either.

When I ordered it, I didn’t receive a box or information leaflet – just a blister packet of 10 tablets. Pretty dodgy really, and one of the reasons I never bought anything else from that particular online pharmacy!

With no information leaflet, the only clue to who makes it was printed on the blister packet:

Agron India Ltd is a pharmaceutical company based in India. I looked them up online, and although they have a website with many products listed, I couldn’t see Sildamax among them.

I wrote to Agron to find out more, as well as requesting some safety and usage instructions. They never wrote back.

To help with identification, I’ve taken a photo with a Sildamax tablet next to a viagra pill.

The Sildamax is the large blue diamond, with 100 written on it. Viagra is smaller, lighter in color and has VGR 50 on it, though could also have VGR 25 or VGR 100.

The active ingredient is 100 mg sildenafil citrate. It’s the same ingredient as viagra, except viagra is available in three dosage levels – 25mg, 50mg and 100mg.

The recommended starting dose of viagra is 50mg, so I was surprised to find Sildamax came only in the higher 100mg dose.

Since I didn’t receive a box or patient leaflet, I can’t confirm what other ingredients this batch contains.

Sildamax should work in the same way as other sildenafil-based erectile dysfunction drugs. Sildenafil increases blood flow to the penis, which helps you get and keep a hard enough erection for sex.

It usually takes 30 to 60 minutes to start working, and you only need to take it before you have sex.

It doesn’t automatically increase libido or give you an erection on its own though. You need to have some kind of sexual stimulation, to which you penis should respond better because of the increased blood flow.

Sildamax isn’t as well known as some others, with less information available about it generally.

So I think it’s useful to look at the known possible side effects of sildenafil citrate in the quantities typical of these type of drugs:

Rare and serious side effects

If you have any of the above side effects, don’t take any more of the drug, and speak to a doctor straight away.

I’ve experienced some of these side effects with viagra, Sildamax, and even erectile dysfunction herbal remedies. They were tolerable and cleared up in a few hours, but I can understand why some men might not want any side effects at all during sex.

Risk of heart problems and death?

Drugs containing sildenafil citrate have had some controversy due to reported incidents of heart problems and even death.

In addition, heart attack, stroke, irregular heartbeat and death have happened rarely in men taking VIAGRA. Most, but not all, of these men had heart problems before taking VIAGRA. It is not known if VIAGRA caused these problems.

Tell your healthcare provider if you have any side effect that bothers you or does not go away.

Some further advice comes on the useful rxlist.com website:

Get emergency medical help if you have any of these signs of an allergic reaction: hives; difficulty breathing; swelling of your face, lips, tongue, or throat.

During sexual activity, if you become dizzy or nauseated, or have pain, numbness, or tingling in your chest, arms, neck, or jaw, stop and call your doctor right away. You could be having a serious side effect of sildenafil.

And that means not taking it without medical advice if the following apply to you:

Based on my own experience, and the research I’ve done into sildenafil, I think it’s wise to speak to a medical professional before taking it, or any similar erectile dysfunction drug.

If you’re taking any medication, have a current or history of illness, my advice would be to check first with your doctor – even if you can get it online.

I would also avoid accepting it from a friend, or anyone you don’t trust.

If you do take a sildenafil product, avoid alcohol or other recreational drugs. Drink it with plenty of water, which I and other reviewers have found helps alleviate some side effects.

Don’t take more than one pill in a 24 hour period. And if you have any serious side effects, or even less serious common ones that worry you, speak to a doctor immediately.

At this time, I don’t feel comfortable recommending where to buy Sildamax.

Have you tried Sildamax?

If you’ve tried it, or any other sildenafil drug, it would be great to hear your experience; I know other readers will appreciate it too. And if you have any questions, feel free to share them in comments below. 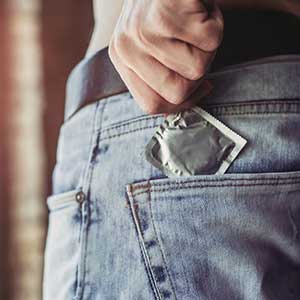 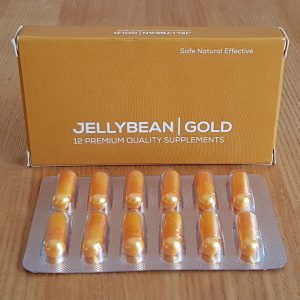 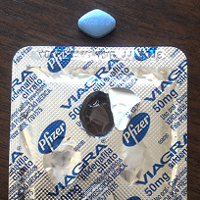