If the physical pleasure of sex makes you finish when your partner is just getting started, it might help to dial down that pleasure with the help of a numbing condom.

Using a standard or thicker condom often helps take the stimulation down a notch, as you probably already know. Many men say that sex is less pleasurable with a condom on, which can benefit men with premature ejaculation. Adding a bit of topical anaesthetic goes a step further and adds even more of a barrier.

It’s worth keeping in mind that although some men will find they work wonders, others might find they reduce the pleasure too much or make it difficult to maintain an erection. So really, it’s a case of trial and error. But since condoms aren’t expensive, I think this is a good method to experiment with at least once.

Durex and Trojan are the main manufacturers of delay condoms, so I’ll be focussing on those in this review. You can buy the

Of the four types I’ve tried, Trojan Extended Pleasure probably worked best for me. I’ve used them many times, and I find they do a good job of reducing the stimulation of sex.

Opening the condom packet is easier than the others. It has a paper feel rather than the fiddly metallic material, and you can open it quickly and easily, which isn’t always the case with condoms.

It contains 4% benzocaine, which is evenly spread inside the tip of the condom. Some other brands use blobs of heat-activated gel, which looks a bit odd.

The condom is also larger than the others, so if you ever find them uncomfortably tight around the base of your penis, this one will be a good option for you.

Importantly though, it doesn’t numb me so much that I can’t enjoy sex. My partner also has no problems with the condom, says there’s no odor and that it feels like a normal condom to her.

In the photo below you can see the last box of Trojan I bought. You can see how the packet is less shiny than others, and it’s much easier to open.

The only potential issue particular to this condom is that there’s quite a bit of lubricant on the outside when you remove it from the packet. It gets on your fingers, but a quick wipe on whatever you have nearby will get rid of it.

Overall, I’m a fan of Trojan Extended Pleasure. It’s a reliable brand, easy to use, and works well. And that’s all you need from a desensitizing condom.

Durex s several different delay condoms, but both my partner and I prefer the Durex Performax Intense.

It contains 5% benzocaine, which is a little more than Trojan’s 4%. I couldn’t personally tell the difference between the two in terms of how strong the numbing was though.

The other main feature of the Durex is the idea of raising your partner’s arousal by including dots and ribs to stimulate them more.

The idea is that the condom both helps you last longer and stimulates them more. So hopefully you’ll both have a better chance of reaching climax together.

My partner definitely feels the extra stimulation and enjoys it a lot. I don’t think it’s enough on its own to ensure mutual climax, but it’s fun to experiment with.

Like the Trojan, the condom numbs me enough to last longer, that much is for sure. And again, the loss of sensitivity is noticeable, but not so much that I don’t enjoy sex.

The main issue is that the benzocaine is heat activated. So when you open the pack, it has blobs of gel that only melt when you put it on.

Admittedly it’s less slippy to use than Trojan. But it looks and feels a little unusual, especially if you’re with a new partner.

Durex extended pleasure also contains 5% benzocaine, the same as the Performax intense. It also has a ribbed design to provide your partner with extra stimulation.

Again, the benzocaine is heat activated, so it only spreads when you put it on. Before you put it on you’ll see little lumps at the end of the condom, which will then melt with your body heat and some massaging.

The main difference between this one and the Performax Intense seems to be the thickness. The Intense version are, well, more intense as they are slightly thinner. So I think Prolong condoms would be better if you want all the help you can get – thicker shield, benzocaine, and ribs for her pleasure.

When I’ve tried them, they definitely help me last a few minutes longer than with a normal condom, and considerably longer than without a condom at all. So on balance, I think it’s worth experimenting with both Durex delay condom versions to see which works best for you personally. 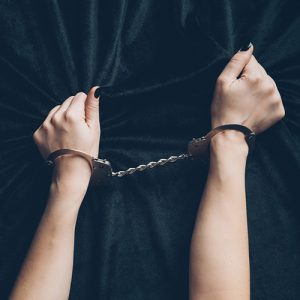 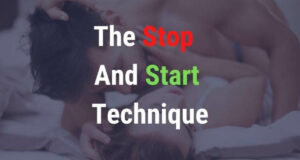 The Stop And Start Technique Step By Step 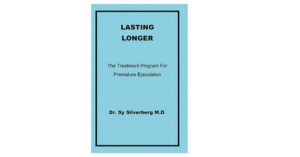